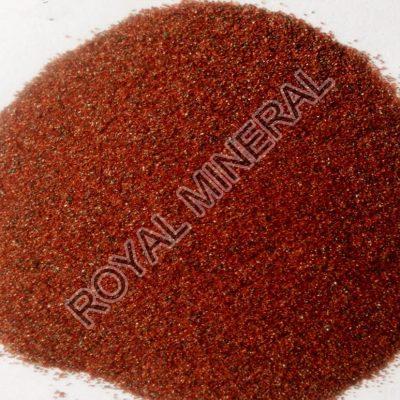 Garnet is pure and natural sand. Of the six major varieties of Garnet (Almandine, Andradite, Grossularite, Pyrope, Spessartite, Uvarovite), Almandine is the best abrasive Garnet with the composition of 3FeO, AI203, ESIO2. As Garnet has low content of free silica in it, it is widely used in sand blasting and waterjet cutting.